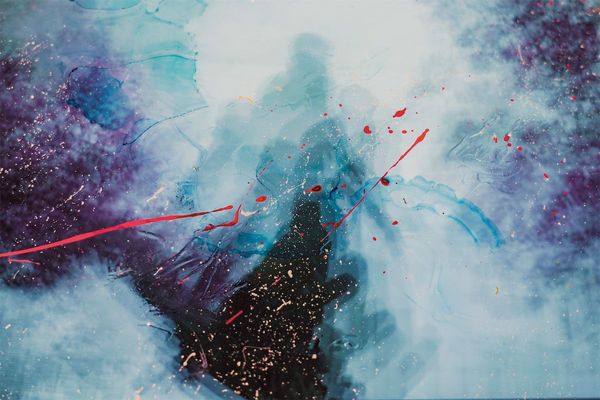 Bringing the ethos of small, local business back into the infinite digital world

Let's imagine a hipster coffee shop in Tucson, Arizona. It has a small, passionate base of regular customers, mostly creative and entrepreneurial types, many of whom know each other. One of those customers is a chap named Jeff, and he’s one of the shop’s biggest advocates. He comes in several times a week, and is constantly bringing in new people for business meetings and dates and such. The guy is a word-of-mouth marketing machine.

Then one day, one of the baristas insults Jeff, so he decides to take his business elsewhere. He also tells all of his friends and acquaintances in the local creative scene. And soon enough, this once thriving coffee shop is noticeably quieter, and has fewer regular customers. Turns out, word of mouth works both ways. This coffee shop’s reputation has taken a major hit within the community that once supported it, and now it's in for a rough financial ride.

Such is the nature of running a local business. Reputation is a matter of life and death.

One of the great things about the internet is its near infinite nature. Where once your social scene was limited to people in your local area, the internet makes it possible to connect with anyone, anywhere. It's now possible for you to lean into your weirder, more niche interests, those stranger parts of your personality, and to “find the others” as the saying goes. It also makes it possible to build businesses around things that would never work in a local context. As long as you can find a few hundred or a few thousand people who share your sensibilities, you can build a functioning business around work that brings you alive. That's the core promise of the 1,000 True Fans model.

That said, the near infinite nature of the internet also makes reputation less important than it once was. On the internet, if you lose a customer, you can just go create another one. If you tarnish your reputation to the point that it's toxic, there are all sorts of easy ways to start fresh. This is part of what makes internet marketing advice so frustrating, and so ineffective for those of us playing the true fan game. It’s become an unspoken aspect of digital marketing culture to view people as an infinite and expendable resource. This makes it easy to abstract away people's humanity, and treat them like datapoints on a spreadsheet. It makes it easier to justify tactics that would fatally damage your reputation if you did them locally.

I suspect this is why so many internet businesses feel like used car dealerships, loud advertising and sleazy salesmen and all.

For the past two years, I’ve been rooting myself, and the Ungated business, in a corner of the internet that’s colloquially known as TPOT, which stands for “this part of twitter.” I’ll write more about this magical place soon. But for now, I’ll just say that TPOT feels a lot like a small town, with many of the same, friendly social norms. There are little scenes and cliques, sure, but mostly everyone knows each other, and whenever someone needs help, or there’s drama of any sort, word travels fast.

The cool thing about TPOT is that it’s full of friendly, earnest, ambitious people, many of whom are striving to make their own corner of the world better in some way. In other words, they’re my people. They’re not only the ideal customers for Ungated, but they’re the type of folks I want as friends and partners. That's why having a great reputation in this corner of the internet matters a great deal to me. Not only because my business now relies on it—much like the hypothetical coffee shop—but because my needs around social connection and belonging are being met there as well.

If I were pull some internet marketing shenanigans, and try to exploit TPOT, it would probably make me a little bit of money in the short term. But it would almost certainly destroy the reputation and relationships I've been building there. So even though the market for "teaching creators marketing" is huge and always expanding, I'm going keep on playing this game as if I’m living in a small town. Because in a way, I am.

This whole thing is a bit of a paradox. Yes, the internet is a near infinite resource. It gives us opportunities that would never be available to us in a local context, enabling us to reach millions or even billions of people. And we should take full advantage of it. But, if we’re playing the game of 1,000 true fans, we can’t treat people as if they're infinite, expendable abstractions. We can’t delude ourselves into thinking there’s a never-ending supply of new fans out there, especially if we're rooted in a corner of the internet we love.

As the old environmentalist saying goes, think globally, but act locally. I think that's the perfect ideal to bring into this next era of internet marketing. Take full advantage of the connective, worldwide power of the internet. Use it to find your people. Embed yourself in the communities that make you feel alive. But once you’re there, act as if you’re part of an intimate, local community where your reputation matters a great deal. Because it does. True fans aren’t just any old customer, easily interchangeable and replaceable. True fans are more like friends, woven into the social fabric of your reality, helping you meet a set of deeper connection and belonging needs. 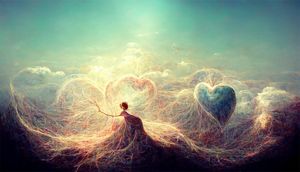 The more beautiful internet our hearts know is possible 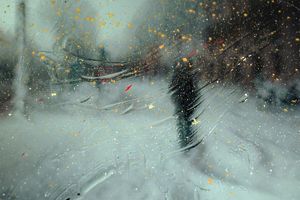