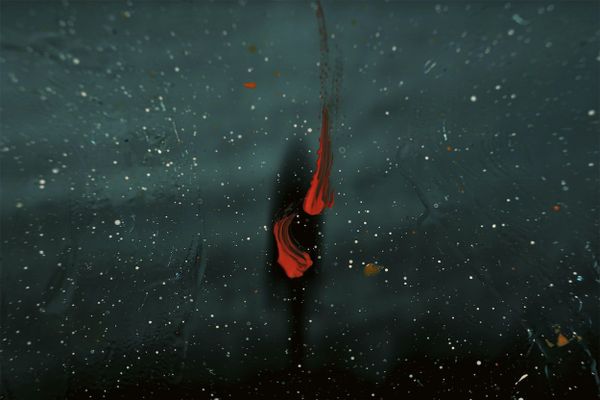 Don’t be a commodity

Why it's so important, and so difficult, to differentiate yourself in a noisy world.

This is part three of a series where I explore the unconventional principles behind Ungated. By weaving these ideas into the fabric of my business, I hope not only to build something I’m insanely proud of, but also nudge the broader culture of internet business in a healthier, more delightful direction.

Here’s today’s principle, and my reasoning for it, in a nutshell.

Why most creators fail

If there’s one reason creators fail more than any other, it’s this—they produce commodity work in a landscape drowning in commodities.

To put it more bluntly, most creators fail because their work is virtually indistinguishable from everything they’re competing against. They never give people a compelling reason to choose their creations. And so, far too often, their creations go unchosen, sinking deeper into the ever-growing sea of digital noise.

I noticed this pattern again and again when I was working in the indie film world. The vast majority of indie filmmakers produce lower-budget variations of standard Hollywood fare. It’s usually because they grew up inspired by slick high-budget films, so now they try to replicate those stories and aesthetics in their own work. It makes sense from an emotional, nostalgic standpoint.

But for an indie filmmaker who’s trying to make a living with their work, playing Hollywood’s game without Hollywood’s resources is a recipe for disaster.

I mean, think about it from a consumer perspective. If someone’s craving a quiet night in where they watch a romantic comedy with their spouse, are they going to gravitate towards the flashy $30 million flick starring Jennifer Lopez and Ben Affleck, which they’ve heard about incessantly because Hollywood spends millions on marketing, or the $20,000 indie film with no stars, mediocre production value, and a marketing budget that amounts to a few hundred bucks haphazardly spent on facebook ads?

If you were to run that simulation 1,000 times, I’d wager the Hollywood machine comes out on top in 999 of them. That’s the nature of the game.

When you’re competing in a commodity market, those with the most resources, and the most entrenched advantages, nearly always come out on top. The winners continue to win big, while everyone else languishes, fighting for scraps.

But this dynamic doesn’t just afflict filmmakers. It’s everywhere you look in the burgeoning creator economy.

When someone launches a new long-form interview podcast, they’re not only going head to head with Joe Rogan and Tim Ferriss, but the tens of thousands of shows trying to emulate those guys.

When someone launches a new vlog about the fun adventures they’re having in life, it’s Casey Neistat they’re up against, along with the unrelenting hordes of vloggers following in his footsteps.

The point is this. No matter what you want to create online, chances are there will already be established, dominant players in your niche, along with an overwhelming mass of people trying to emulate their success and play the same game.

And sure, you can choose to play that game yourself. Maybe you’ll even earn a little attention in the short term, if you work hard and shout loud enough.

But unless you find a way to differentiate yourself in the long term—unless you make the choice not to be a commodity—that audience will eventually leave you for the next shiny thing that shows up in their newsfeed.

How the world conditions us to be commodities

Here’s the pernicious thing about this whole dynamic. Both the ecosystem we inhabit as creative entrepreneurs, and our own psychology, condition us to be commodities.

Think about it this way. There are forces in the world, both external and internal, conspiring to make sure you don’t stand out. Your job is to recognize these forces, and fight them with everything you’ve got.

Let’s start with the external world.

No matter how you approach it, building a creative business comes with a tremendous amount of uncertainty. There’s never any guarantee your efforts will pay off, which creates discomfort and tension. The uncertainty gets in your head, filling you with self doubt, perfectionism, and scarcity thinking.

So when someone comes along promising a proven roadmap, a simple system, a bulletproof formula, our ears perk up. They’re promising to relieve the tension, and give us some of that sweet, sweet certainty we’ve been craving.

But there’s a catch. Not only do “best practices” and “one size fits all” systems rarely deliver the promised results. But when you commit to these well-worn paths, you take a sharp turn into commodity territory. Your work inherently starts to look and feel the same as everyone else using said best practices. By chasing certainty, you push the actual things you want—to stand out and matter—even further away.

The internet is overflowing with hucksters promising certainty. They’re everywhere, they’re loud, and they’re often quite persuasive. We might be able to ignore their siren calls for weeks, months, or even years at a time. But all it takes is one bad day, where the voice of self-doubt and uncertainty becomes debilitating, for us to bite the bullet and buy into something that’ll put us on the fast track to commoditization.

This, my friends, is how the ecosystem we inhabit slowly morphs us into clones of one another.

Fighting the innate human need to fit in

To make matters worse, there’s a primal part of our psychological makeup that actually wants to fit in. To be a cohesive member of the tribe. To not ruffle any feathers.

After all, we’re tribal animals at our core, and we all have deep (often unmet) needs around acceptance, connection, and cohesion.

Even though you might logically understand the need to break free from commoditization, the process of actually doing it will feel scary. Not only do you have to deal with the uncertainty about whether your efforts will work, but a deeper part of you will scream “Oh no! What will the others think of me if I stray from the herd?”

This is your mind playing an elaborate, cruel joke on you. And the way you get around it is by learning to trust that these deep, primal needs will actually be better met when you stand out.

When you lean into what makes you unique, people will want to connect with you more. In fact, people will embrace and admire you in ways they never would if you blended in. Not to mention that when you differentiate yourself, marketing will get easier, and your business will flourish. Plus, when you stop following the herd, you’ll enjoy the creative process more, and find intrinsic fulfillment in it.

In other words, everything you’ve ever wanted from your creative business is on the other side of embracing discomfort and uncertainty, and leaning into what makes you one of a kind. And it’s your job not to let the world, or that tricky brain of yours, to convince you otherwise.

How I’m applying this principle

Oh man, where to start with this one.

I’ve been experimenting with de-commoditization for so long that I’ve accumulated quite a nice set of differentiators over the years. On their own, most of them aren’t radical or inherently special. But added together and taken as a whole, these things give my work a unique flavor and perspective you won’t find anywhere else.

By the way, I call this strategy Fascination Stacking—where you run tiny experiments to build up multiple aspects of your positioning over time. It’s a killer way to start separating yourself from the competition, even if you don’t have any major points of differentiation. So I’ll definitely be doing a workshop on it soon.

But for now, here are a few of the vectors and attributes I use to differentiate myself in the crowded “creator education” market.

All of this is in addition to the fact that I’m starting to transition Ungated to a Gift Economy model, where all of my paid products will be available on a pay what you want basis. In a world drowning in $1997 “masterclasses,” I can’t imagine a stronger point of differentiation than letting people access my best work for free.

Now, you might or might not vibe with all of these perspectives, but that’s ok. I’m not trying to win everyone over. Instead, I’m unshackling my unique personality and worldview in order to carve out my own tiny corner of the internet. When I say I want 1,000 True Fans, I mean it. That’s more than enough for me.

The last thing I’d mention is these aspects of my positioning all took time to develop. Five years ago, there’s no way in hell I’d be able to differentiate myself like this, because I hadn’t experienced enough to know what I stand for, and what I stand against. Plus, I’m sure I’ll continue to tweak, iterate, and add new stuff to my Fascination Stack over time, as it’s a living, breathing organism that grows as I do.

But what I do know is that no matter what, I’m going to continue leaning into the things that make me different, because that’s ultimately what’s most satisfying creatively, and the most likely strategy to result in a thriving True Fan style business that delights both me and my customers.

And I hope you will start leaning into your unique voice and perspectives as well. Because if anything can make the internet a cooler, more vibrant, diverse place, it’s creators giving a middle finger to the commodity game, and truly letting their freak flags fly. 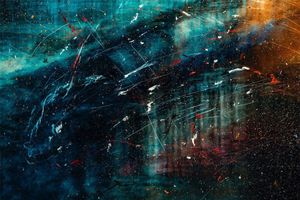 Transitioning to the Gift Economy 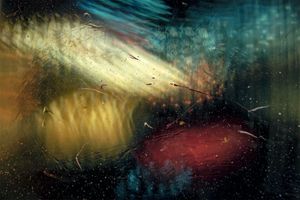