It's the end of a (very brief) era. Here's what I learned, earned, and what's coming next.
Work In Public Business Mindset

After five months, I'm pulling the plug on the Gift Economy. As of yesterday, all my courses (including a new one I'm super proud of) are no longer available on a "choose your own price" basis. And lemme tell you, the moment I made the switch, I felt a wave of relief wash over me.

That said, this was a worthwhile experiment, and I'm glad I jumped so wholeheartedly into it.

I learned a ton, both about myself, and about the nature of offering work freely with no expectation of return. And I actually earned a decent chunk of money, especially given how little promotion I did (I'll share my numbers later in this article).

But after some reflection about what I want from my business, I came to see that the Gift Economy model was not taking me where I want to go. In fact, it was leading in the opposite direction.

On knowing what you want

There are two questions I reflect on often: "what am I optimizing for in the long run?" and "what's most important right now?"

Back in May, I jumped into the gift model with an exciting (and perhaps quixotic) long-term vision. I wanted to help change the economic paradigm of online business. I wanted to make my corner of the internet friendlier, more generous, and trustworthy. And I wanted to help other creators do the same.

And frankly, I still want all of that that. But when I ponder those two questions—what am I optimizing for, and what's important now—the answer I come back to again and again is... friends.

My ideal 1,000 True Fans style business is a container tor companionship with like-minded creators. I want the Ungated community to be a small, intimate corner of the internet where we explore new frontiers of creative entrepreneurship together. I want to build an encouraging, generous ecosystem where we all experiment and learn and grow, and where we're free from the obnoxious mimetic pressures of "growth hacking" and "get rich quick" thinking. Basically, I want to craft an oasis that attracts and delights creators with a certain set of values, while repelling most everybody else.

The Gift Economy model, beautiful as it is, just wasn't leading in that direction. In fact, it often felt like it was undermining my quest to "find the others" by introducing a ton of extra noise.

It turns out, when you offer things for free, it attracts A LOT more people than you'd otherwise reach.

I also learned, unfortunately, that many of the people it does attract aren't particularly serious or committed. The people who came in through my gift checkout experience generally weren't interested in me, the Ungated worldview, or anything I'm doing here. They just saw the chance to get some free shit, and took it.

To make matters worse, the courses I'm building are increasingly weird and esoteric. Instead of being a generic "internet marketing dude bro," I'm exploring online business through the lens of non-coercion, friendliness, and play. Instead of giving people a set path to follow, my courses are all about understanding yourself so you can create your own path. In other words, my work is not what most people expect from online business education.

All of these factors led to atrocious engagement on the back end. (Even worse than the terrible engagement rates of standard online courses.)

Of the nearly 400 new people who joined one of my courses this year, only a tiny handful actually engaged in any real way. And the people who did take the material seriously tended to be the ones who chose to pay, instead of getting it for free. Go figure.

Some people didn't even log into the course or community at all. They signed up, then apparently forgot about it. And a disheartening number of people tried using fake names and email addresses to get these courses. (But the joke's on them, because I use Zapier to invite people to courses, so you need a valid email to get in.)

When I switched to this model, I fully expected numbers would go up and engagement would go down. I expected I'd reach a lot more people, many of whom wouldn't be a great fit. And when it was theoretical, I was fine with it.

But seeing this reality so starkly, and living it every day, bummed me the hell out. Big time. It made me less excited to create new stuff, and less excited about spending time in my own community. It made me indifferent to the new people coming into my world, which is exactly the opposite of how I want to show up.

After five months of this experiment, it was easy to project forward what would happen if I were to keep the gift model going.

Sure, I suspect I would have been able to make a decent living from this, given another year. But the Ungated community would be filled to the brim with people who just aren't a good fit for what I'm doing. And for those few people who do vibe with what's happening here, it would make the community less valuable, friendly, and safe for them.

And that's a deal breaker for me. I'm optimizing everything in this business to delight those few people who truly care, and the Gift Economy model leads in the opposite direction of that.

So that's my guiding principle now.

My aim is to fill an internet living room with friends who are invested in a shared journey together, instead of an internet stadium full of indifferent people looking at their phones.

And the Gift Economy was leading directly to the latter.

As of October 2021, all of my courses are back behind a hard paywall. Anybody can buy them individually, or get them all bundled together—along with group coaching and a few other benefits—in my "true fan" annual membership.

For the membership, I'm adding a bit of a twist.

I'm now offering four different price points for an annual membership—$50, $100, $200, and $500. They all come with the exact same benefits, so it'll be a matter of choosing a price you feel is both fair and comfortable. It'll be interesting to see how many people opt for these different tiers.

Beyond that, I'm also experimenting with a new scholarship model.

If someone genuinely vibes with the Ungated philosophy and wants one of my courses, I don't want money to stand in the way. So for folks who can't afford my courses, I now offer unlimited scholarships. To get in, people will have to send me an email telling me why any given course is important for their business and life, and what they're able to afford (if nothing, that's cool). And I will honor 100% of these requests.

Hopefully this system will allow me to get these courses into the hands of anybody who truly wants them, while avoiding the flood of random internet people that came with the gift model. Again, I'm totally happy to give my work away for free, provided it's to people who will genuinely use it and contribute to the community and culture in positive ways.

Finally, there is one aspect of the Gift Economy that I'm keeping, and that's one-off coaching sessions. This is where you can book a time with me, then after our call you pay what you think it was worth.

I've done about 20 of these this year, and I freakin' loved it. Not only are they a cool way to meet new people and make friends, but they're incredible for ongoing market research. Plus, a handful of the folks I've done these sessions with have been a great fit for longer-term coaching/consulting. So these "choose your own price" sessions not only net a bit of revenue, lots of new friends, and a steady stream of market research, but they're also helping me find high ticket clients.

This truly is the most win-win-win thing to come out of the Gift Economy experiment.

Ok, so what did I actually make from this wacky experiment? The answer is about $5K in total. Or $1K a month on average. Which is not too shabby for a new-ish business giving away its products for free.

And that happened with me doing basically zero marketing or promotion. Between the initial pivot in May, to me closing it down in early October, I sent maybe 2-3 emails to my list, and tweeted links to my courses a handful of times. That's it. So all of this revenue came from organic traffic and word of mouth, which is super cool.

So here's the total breakdown of what I earned, and some of the interesting data.

There are a few extra things worth noting here.

And on that note, I believe the Gift Economy model would have been financially sustainable had I optimized a few things, and stuck with it over the long term.

For instance, before pivoting away from the gift model, I was about to create an autoresponder email that would go out two weeks after someone enrolled in one of my courses. That email would have had a brief reminder about the model, a link to a "pay what you want" checkout form, along with a call to share the course with like-minded friends. Maybe there even would have been a "click to tweet" button or something.

My hunch is this simple tactical change would have not only resulted in more revenue on the back end, but also more word of mouth referrals.

To extrapolate on the above data a bit, if 20% of people reliably pay, I would have to reach 5x the number of people to get to a decent 60K in annual revenue from the Gift Economy model. That's certainly not "get rich" money, but it would have been enough to sustain myself entirely by giving my best work away for free. Granted, that's entirely hypothetical, but it's still pretty cool.

And that's maybe my biggest takeaway from this whole experiment. Clearly it's possible to make money by giving your work away for free. And even though it's not the right model for me based on my values and goals, it may very well fit for other creators.

For now, I'd say it's potentially worth experimenting with for creators  who operate low-ticket/high-volume businesses. I'm thinking of indie filmmakers and authors in particular, where their only products tend to be $10-20 pieces of media that often take years to create.

I imagine that indie books and movies, especially niche ones, could do well when the hard paywalls are removed, and they're allowed to spread organically. It could also be a way to breathe new life into older books and movies that aren't really generating revenue anymore.

So yeah, if you feel called to try this like I did, maybe give it a spin. If this whole experiment taught me anything, it's that no decision is permanent in businesses like ours. In fact, sometimes we can learn a hell of a lot by following our gut, and treating everything as one big experiment.

The treasure map within

A letter from future Rob 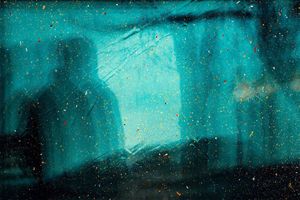 I gave up on trying to find my niche 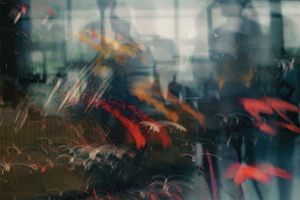