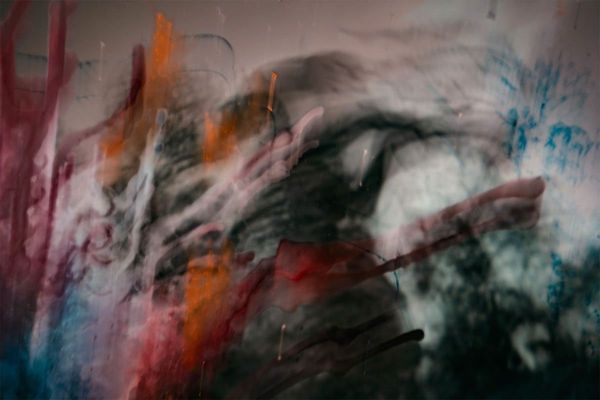 The Quest for Community

How I killed five birds with one stone and built the community of my dreams.

In mid-December, I declared that 2021 would be the year of radical simplicity in my business.

After five years of overcomplicating everything—a sneaky form of self-sabotage—I committed to keep things “simple” for a change.

And I have been. Mostly.

I nixed the weekly newsletter and podcast. I pared down my beastly tech stack. I narrowed my editorial focus for the year. And I kicked my perfectionist self to the curb and published a ton.

All of those things were a step in the right direction. But the ultimate simplifying move was still hiding in plain sight.

Community and me, a tumultuous journey

Before I tell you about the new Ungated Collective, let’s take a quick detour through my rather rocky relationship with online communities.

It was great for a few weeks, but quickly fizzled. Turns out, I knew nothing about running communities, let alone paid ones. I’d assumed just getting people in the door was enough, and that engagement and relationships would take care of themselves, as if by magic. (Spoiler alert, that’s not how community works.)

Licking my wounds after this first public failure, I spent the next few years focused exclusively on courses. Sure, I had a facebook group for my business. But it was just another place to dump content. Not a community.

Fast forward to 2018. By this point, I’d embraced the art of NicheCraft, and honed in on a new value proposition. Filmmaker Freedom became an oasis for entrepreneurial micro-budget filmmakers who were sick of being taken advantage of by distributors and middle men.

With the clarified focus and purpose, I launched another community called Freedom Fighters. And this time, I was hellbent on getting it right. So I read books and took courses on community management. I leaned into multiple strategies to keep people engaged. I built out an onboarding sequence. The works.

That community found its home in Mighty Networks, as did all of my subsequent courses and workshops. It was never a perfect solution, but it worked. With a better strategy, and a year or two of consistent work, the community took root.

To this day, some of my favorite people on the internet came into my life through Freedom Fighters. That community was, and still is, the real deal.

That brings us to 2020, when I decided to launch Ungated, and focus more energy on the wider “creator” community than on filmmakers.

From the start, I knew community would be an essential part of Ungated. Few things are more meaningful in life—and result in more opportunity—than the relationships we build along the way. And I knew this was my chance to build the community I’d always wanted for myself as a creative entrepreneur.

So for the first iteration of the Ungated community, I went in a different direction than I had with Freedom Fighters. At the time, the hype around Circle was everywhere, so I bit the bullet and dove in.

And Circle is indeed great. It’s nowhere near as full featured as Mighty Networks (yet), but boy is it a delight to use. And it’s far simpler and more intuitive, both as a member and admin. In the realm of community management, that’s a big deal. If a platform isn’t intuitive, you risk new members bouncing before they’ve made a habit out of it.

So I felt confident that Circle was the perfect fit. And as is generally the case, the first wave of members I invited in loved it. The new community was hopping for a few weeks, with great conversations and connections. Eureka!

But as I started working on other pieces of my new business, and trying to maintain my old one, things started slipping. And the new community died down.

One of the core truths about building a great online community is that it takes consistent work and experimentation, especially in the early days. You have to show up and model the behavior you want to see from your members. If you phone it in, your community will be a ghost town before you know it (speaking from experience on this one).

Six months into this journey, I felt like I was dropping the ball. Turns out, managing two communities is a lot of freakin’ work. And I was doing a poor job with both.

Things got even more complicated and frustrating as I started releasing courses for Ungated.

I’ve spent the better part of the last month trying to find a good home for my program on identifying the perfect niche. I tried hosting it natively in Circle. I tried Podia. And I ended up using an app called Teachery. Frankly, that platform is a UX nightmare, but I had a lifetime deal on it from years ago, so hey, at least I was saving money.

But none of this felt right. It was clear that complexity and fragmentation were seeping back into my business, despite my commitment to radical simplicity.

What I really wanted, what I yearned for, was what I had with Freedom Fighters all along. Courses and community, all in the same place.

Two weeks ago, I was out for a walk when it hit me.

Boom. Talk about a simplifying move.

So I ran a poll in Freedom Fighters to see if they’d be amenable to opening up the community to a wider range of creators. They were (mostly), and so I got to work.

So here we are. For the past week, I’ve been restructuring Freedom Fighters to accommodate a wider range of creative entrepreneurs. I’ve been adding my courses and membership benefits. I’ve been porting over all my articles, so the community can still be used as a comments section/discussion forum for the publication.

And I’ve rebranded all of this under the banner of the Ungated Collective.

It’s a place where we come together to play the long game of business—where we prioritize creating meaningful work and lifelong fans, instead of chasing shiny objects and bullshit marketing hype. And because this is a community I’ve been working on for years, the foundation is already there.

There are a few other changes I decided to make to further simplify the business, and make all of the membership tiers more generous.

And most of all, I'm excited for the community.

My hope is that this is one of those rare free communities that’s so good people will call me crazy for not charging for it. I hope it becomes the water cooler and training ground for the next generation of entrepreneurial creators, who are hellbent on building long-term businesses by doing work that matters.

So come join us, if you haven’t already. Can’t wait to see you inside. 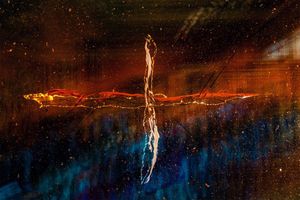 A process for finding your niche 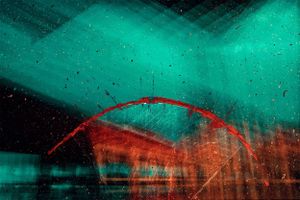