On the downstream effects of being brave and calling bullshit.
The Ungated Philosophy True Fan Tools Marketing Courage Craft

Few things make me come alive like raising a middle finger to a broken status quo, then working to make things better.

That’s what my first business, Filmmaker Freedom, was all about—calling out predatory nonsense in the indie film distribution space, then creating new ways for filmmakers to be self-sufficient. That’s what my side project, Citizen Within, is about—stepping away from the vitriolic noise of culture war politics, and working to become a more thoughtful, responsible citizen of the spaces I inhabit.

And then there’s Ungated, which is the most subversive of the bunch. This site exists to throw maximum shade at the internet marketing industry and the creator economy. But as fun as flamethrowing is, my real goal here to chart a more delightful path forward for people who feel called towards a life of creativity, but refuse to be tacky internet marketers.

Which brings us to one of the foundational pillars of the Ungated philosophy—Subversive Creativity.

Put simply, no matter which corner of the internet you exist in, I’d like to invite you to get spicy. Play around with subverting the status quo in ways that feel important, but a little scary to you. Say what you truly believe, even if it’s likely to raise a few eyebrows. Call out the ideas, norms, or behaviors that rub you the wrong way. Be courageous enough to ruffle a few feathers, then watch what happens.

If, like me, you’re trying to build some variation of a 1,000 True Fans business, you’ll probably find this subversive approach has all sorts of positive downstream benefits.

For starters, it helps you find the others. Chances are, there are plenty of other people in your corner of the internet who see the world the same way you do. They’re attuned to the same problems and dissatisfactions you feel. But no one else is brave enough to call bullshit. So when you do it, it serves as a beacon for like-minded people. This is how you find your ideal fans, potential collaborators, along with plenty of new friends.

Second, being subversive helps you differentiate yourself in a crowded, noisy internet, and genuinely matter to people over the long term. Sure, you could start a YouTube channel and share the same ten productivity hacks every other productivity YouTuber talks about. And if you go hard enough with clickbait headlines and thumbnails, you might get a decent amount of attention in the short term. But how much would those viewers care? How connected to you will they feel?

Alternatively, the subversive approach might be to start a channel around the idea that most productivity hacks are bullshit because they’re bandaids covering up deeper emotional problems. And then you could help viewers heal those underlying wounds and live healthier, more productive lives. Truthfully, that channel would probably get less attention in the short term. But of these two hypothetical channels, which one is likely to have more diehard, lifelong fans in five years? Which one will matter more to people? Which one will stand the test of time?

Finally, Subversive Creativity feels really, really freaking good. It's intrinsically enjoyable and makes your emotional life richer. Sure, there will be a bit of fear and apprehension those first few times step out of the cultural comfort zone. But once you’ve courageously put your real opinions out there, and you’ve seen the good that can come of it, you’ll want to do it more and more. And the more you do it, the more it leads to work that feels meaningful, communities that feel connected and aligned, and a life that feels purposeful.

My new approach to community 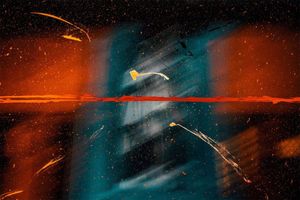 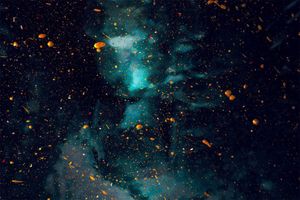