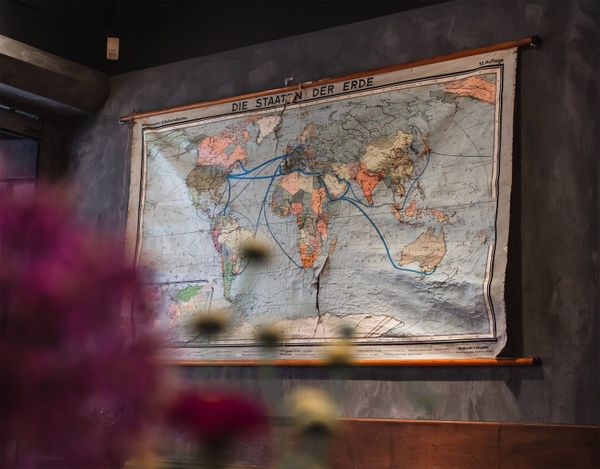 A new publication for entrepreneurial artists and creators, with the aim to make 1000 True Fans applicable to everyone.

A few weeks back, I took part in a roundtable discussion with Sahil Lavingia, founder of Gumroad.

Early in the call, Sahil posited two ideas about the current state of creative entrepreneurship.

As much as I respect Sahil, he’s got it exactly backwards on this point.

We’ve never been so rich in tools, and so poor in education that genuinely moves the needle.

No matter what you create—music, films, podcasts, books, newsletters, paintings—you can have a functional website and commerce system set up in the next 24 hours. All with affordable off-the-shelf tools that a nine year old could figure out.

The tech already exists. And it keeps getting more powerful, more streamlined, and cheaper with every passing year.

It’s what happens after you’ve built a digital home and storefront that trips up so many creators.

The hardest part of creative entrepreneurship, by a long shot, is making something worthwhile, then getting people to actually give a shit. It’s figuring out how to earn, sustain, and monetize attention in a brutally competitive ecosystem where you're battling every other creator, and a handful of billion dollar media conglomerates, for your slice of a limited pie. It’s learning how to create signal in a world of noise.

That’s the true puzzle at the heart of creative entrepreneurship. Most creators fail not because they don’t have the right tools, but because they’re making commodity work in a world flooded with commodities.

I don’t know about you, dear reader, but I’ve been woefully disappointed with nearly every book, course, blog, podcast, and YouTube channel that purports to solve this problem.

Sure, there are plenty of brilliant marketers and entrepreneurs out there, all sharing bits and pieces of the puzzle. But they’re scattered. And those gold nuggets are buried under mountains of hyperbole, misleading or oversimplified advice, and get rich quick schemes.

The “how do we get audiences to care about indie creative work” problem hasn’t been solved. Not even close.

If you ask me, it’s about damn time for something real and substantive on this topic. It’s time for someone to write the missing instruction manual for the Passion Economy.

All of this brings us back to this place you’ve landed. It’s called Ungated, and here’s the elevator pitch.

Ungated is a premium publication and community for entrepreneurial artists and creators. It exists for those striving to create uncompromising work, find their true fans, and build sustainable, enjoyable businesses. No gatekeepers required.

That’s the essence of it. Ungated exists to definitively solve the “how do we get people to care” problem.

Once that problem is solved, building a business around your creative work—and creating a lifetime of financial abundance—is far easier. Once you’ve cracked that code, 1000 True Fans is no longer a vague platitude, or a pleasant sounding, yet impractical theory. It becomes a realistic goal that any creator can chase down.

In that way, Ungated exists to bring Kevin Kelly’s vision to life, and democratize it. My goal here is nothing short of enabling a robust, expanding middle class of entrepreneurial creators, all doing work they give a damn about, and earning a living on their own terms.

Who the hell am I?

At some point, I’ll write more about the weird, circuitous journey that brought me to founding this publication. But for today, here’s the quick version.

Once again, I’m Rob Hardy, and I’m a writer, filmmaker, musician, and marketer. I’m one of those oddball creatives who genuinely loves marketing and business as much as I do making art. ¯\_(ツ)_/¯

In fact, for the past five years, I’ve run a little business called Filmmaker Freedom, which solves the “how do we get people to care” problem for the film community. In a market flooded by generic Hollywood movies and shows, I help indie filmmakers carve out niche audiences, serve them, and build businesses completely outside the system.

Somewhere along the way, however, I realized the model I’d developed for filmmakers could help wayyyyyyyyy more people. We’re talking authors, YouTubers, podcasters, musicians, essayists, and beyond—basically anybody doing meaningful creative work that isn’t designed for the mass market.

Ungated is me finally making the move “up market” and bringing my unique approach and worldview to a much wider audience.

So, what can you expect to read about on Ungated?

In the early days, much of the focus will be on marketing. We’re going to definitively answer the “how do I get people to care” question. (Hint, it involves niching way, way down.)

In the long-term, though, Ungated will be a fairly holistic publication, covering the most important aspects of how to thrive as a creator in the coming decades.

Here are the broad categories.

Beyond all of that, there’s one final category on Ungated that I’m beyond excited about.

Initially, my goal with Ungated was to simply translate the lessons I’d learned from the filmmaking space into the broader creative community.

But I’ve become increasingly wary of education that’s heavy on theory, but not being used in the real world. Everywhere you look, some random YouTuber is telling you all about the life-changing lessons in some book they just read.

Which is fine. But it’s not the real thing.

That’s what I want for Ungated, as well. This won’t be another blog spouting feel good theory that doesn’t translate into practice. I’m going to get into the trenches with you, and build two modern creative businesses from scratch. And I’m going to document the journey in real time.

One of those businesses is Ungated, of course. The other will be a side-business called The Citizen Within, which will live in the “political depolarization” niche (something I’ve been passionate about for years, but which feels particularly urgent in 2020).

With both of these businesses, I’ll be sharing…

By building right alongside other creatives, and being radically transparent at every step, I hope to create something one-of-a-kind here. A place full of wisdom and strategy that’s all been battle tested in the real world.

So yeah, if you’d like to learn a bit more about the “work in public” experiment, I wrote up a longer piece here.

How Ungated Will Be Monetized

Let’s briefly talk about how Ungated will make money. The short and simple answer is memberships.

Most of the content here will be free. But select pieces, along with the community, will live behind a paywall. There will be annual and lifetime options.

That’s it. That’s the model.

Pardon my French, but fuck that noise.

This is the stuff that makes the internet unbearable. This is the clownish nonsense that gives internet education and marketing a bad name, and I refuse to take part in it.

Instead, I’m building a quality publication and community, and I’m making them so good they’re (hopefully) worth paying for. Simple as that.

Now, because I believe so much in transparency, here’s the first inside scoop. I don’t expect Ungated to cover all of my living expenses for awhile.

So for the first few months, I’ll be leaning heavily on my other business, and specifically taking on some 1-on-1 coaching and consulting clients. Gotta have that cashflow.

And hey, on the off chance you’re interested in a coach to help you speed up the process of creative autonomy, send me an email at rob@ungated.media. Let's chat.

So there you have it. That’s Ungated in a nutshell.

Like all businesses, I’m sure it’ll evolve over time as I experiment and learn and grow.

But the one thing that will never change is my desire to serve the creator community, and make 1000 True Fans a reality for anyone willing to pursue it.

That’s my north star, the guiding value at every step of this journey.

Thanks for your time and attention, and I hope to see you back here soon. 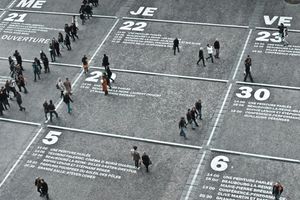 My Experiment to Prevent Burnout In 2021 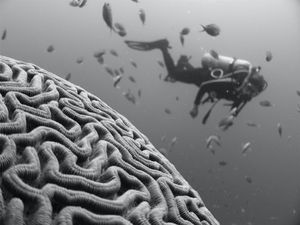