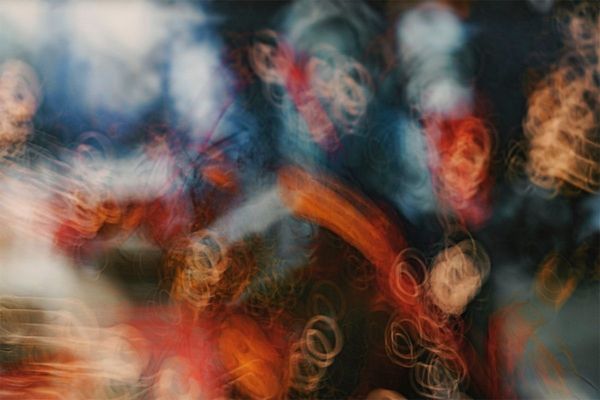 My entire belief system fell apart last year. And now I'm piecing together what comes next.

It was the Covid lockdown that broke me.

Given time to step away and introspect, I finally accepted something my intuition had been telling me for years. I wasn't on the right track with my life, and something needed to change.

When I reflect on how I approached creativity, business, and life through my 20s—and on the bucket of beliefs I carried around—none of it feels useful or resonant anymore. I can't imagine living the next 10 years based on that same operating system.

The phrase "what got you here won't get you there" comes to mind.

Frankly, it's uncomfortable when you become unmoored from the beliefs you once relied on and cherished. Deep uncertainty about how the world works, and who you want to be, is a hell of a thing to carry around in day-to-day life.

It's also a big contributor to why I haven't been as prolific as I'd like this year.

Turns out, having a clear mental model of how the world works is great for confident, consistent creation. But when you have no clue what the hell is going on, as has been the case with me, it's easy to stall. The thought of making records of my confusion and shipping them out to internet strangers is a bit... paralyzing.

But from the depths of this epistemic nightmare, I've started piecing together a set of ideas that feel resonant, robust, and genuinely exciting. Without quite realizing it, I've been brewing up a new philosophy of life for myself.

And though it's nowhere near perfect or dialed in, I think it's time to pull back the curtain on Rob's brain, and let some of this mess out into the world. And today, we start with the foundations.

Prelude to a Worldview

For me, everything comes back to this term "Ungated."

Originally, it referred to the idea of freeing yourself from gatekeepers. But over time, the word has taken on more and more meaning. And these days, it's the linchpin that holds together my new worldview.

In short, I believe "becoming Ungated" or "Ungating yourself" is the key to navigating a society undergoing turbulent change, and living a vibrant, creative, fulfilled life.

Our world is rapidly evolving. We're still in the early stages of a seismic cultural, industrial, and geopolitical transition. Broadly speaking, this is the shift from the industrial societies of the 19th and 20th centuries to the "information age" as defined in books like The Sovereign Individual.

Those who recognize these shifts and adapt are likely to thrive in the world that comes next. While those who hold on to old narratives, and play old games, are most likely to be left behind.

This seems obvious, right? But here's the problem.

20th century narratives and institutions still wield incredible influence in our culture, and in our minds. We grew up immersed in stories of how the world works, and those stories are still omnipresent in many areas of our lives. For most of us, the old ways are firmly cemented in our identity.

The most salient example of why this is such a problem comes from the indie filmmaking world, where I spent the better part of the last decade.

The film and media landscape is unrecognizable compared to where it was 30 years ago. Digital technology has upended the industry several times over. Yet most filmmakers still think and act as if it were the early 90s. They follow in the footsteps of their heroes, all of whom broke into the industry in a different era. And they surround themselves with other filmmakers playing those same outdated games, thus creating a collective culture of stagnation.

Not surprisingly, no matter how much effort you put into playing these games, they rarely yield reward. A shockingly small percentage of indie filmmakers earn a sustainable living with their work. And it's because the vast majority of them are not adapting to the world as it is, but enacting a story based on how it used to be.

And it's not just filmmakers. Scenarios like this are playing out society-wide, where the ground has shifted beneath our feet without us realizing it.

What It Means to "Become Ungated"

Becoming Ungated means seeing the water you swim in.

It's about recognizing old narratives, especially the ones that no longer map onto reality, and that no longer serve you. From there, it's about letting go, and stepping into the unknown to forge an adaptive new path.

Basically, being Ungated is about having the courage to move through the world with your eyes, heart, and mind open to new possibilities, where you embrace the discomfort that comes from uncertainty, instead of running from it.

In that sense, Ungated is a philosophy of individual growth and dynamism. It's about using the flexibility and creative capacity of the human mind to adapt, solve problems, and build a better future.

And it's this last bit about building a better future I'd like to focus in on. Because there's a bigger picture vision here that isn't just about the individual, but humanity as a whole.

In these transitional phases, where society moves from one paradigm to another, we have more opportunity than ever to shape our individual and collective future for the better.

If we're being honest, industrial society has a terrible track record of helping people meet their core needs around connection, belonging, meaning, etc. The 19th and 20th centuries made the vast majority of us into cogs in a machine, serving centralized and often corrupt power structures.

And unless we seek to understand and change those underlying dynamics, they'll likely be ported over to whatever paradigm comes next. The status quo has an uncanny ability to put on new masks, while remaining fundamentally unchanged.

I’m guessing that’s why cynicism and nihilism seem to be all the rage these days. But me? I'm hopeful and optimistic. Because I genuinely believe individuals and small groups can change the course of history for the better.

It's like the great old Margaret Mead quote "Never doubt that a small group of thoughtful, committed citizens can change the world; indeed, it's the only thing that ever has."

If we learn to see the games being played around us, we can consciously choose to opt out and create new games. And then we can inspire and lead others in doing the same. It's about changing culture from the ground up, instead of the top down.

It's up to each one of us to understand what we need in order to flourish (emotionally, financially, interpersonally, etc). It's up to us to weave that understanding into our strategies for evolving along with the world. And it’s up to us to model those new desires and behaviors for others, because that's how cultures change.

Just because our current systems are shitty at helping people live vibrant, fulfilled lives, doesn't mean it has to be that way. We can choose to change things for the better. Starting right here, right now, with ourselves.

So for me, "being Ungated" is about the interplay of these two factors.

This is the grand sweeping narrative that ties together my two main projects right now.

Ungated is about helping creators navigate these waters, and build delightful long-term businesses. It's about doing creative work that lights your soul on fire, and earning true, lifelong fans—the one currency that will always pay dividends, no matter how the world changes.

And Citizen Within is for exploring how individuals can navigate the dumpster fire of political discourse, and be responsible, thoughtful citizen leaders that shape their communities and world for the better.

Both of these endeavors, though incredibly different on the surface, are rooted in the same story, and the same set of values.

But the question remains. How does one "become Ungated?" How do we break free from narratives that no longer map onto reality, and no longer serve us? I'll be sharing the path I've taken in part 2. Stay tuned. 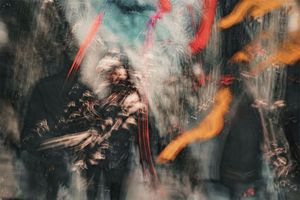 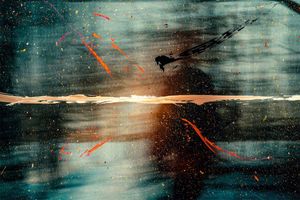