A week-long experience that helps creatives come alive, trust themselves, and rediscover joy

You are hereby invited to join me in an upcoming round of The Arena. I'll kick this invitation off with two quotes, which beautifully encapsulate the spirit of what this thing is.

“Don’t ask yourself what the world needs. Ask yourself what makes you come alive, and go do that, because what the world needs is people who have come alive.” -Howard Thurman
"I believe that enjoying your work with all your heart is the only truly subversive position left to take as a creative person these days. It’s such a gangster move, because hardly anybody ever dares to speak of creative enjoyment aloud, for fear of not being taken seriously as an artist. So say it. Be the weirdo who dares to enjoy." -Liz Gilbert

I don't know about you, but I am fucking exhausted by trying to do internet creativity right. Trying to create the perfectly optimized "content" in order to "go viral" and "10x my audience" so I can finally be a "successful creator." It's all so goddamn tiring. And it kills my spirit.

Maybe you can relate?

But here's the kicker. When I create from this place of expectation and optimization, the finished result is never particularly inspiring, either to me or anyone else. When my creative practice is rooted in fear instead of joy, and I diligently follow all the rules, my work ends up looking and feeling generic and empty. Which only kills my spirit further, and makes it even harder to build a digital business.

The older I get, the more I've realized I can't keep playing the online game this way. I've spent the last 10 years timidly following all the best practices, optimizing for everything but joy and connection and meaning. And frankly, if I keep it up, I will end up on my deathbed, full of regret, knowing that I had so many creative gifts, but I chose instead to hide them.

That's why The Arena exists. I built this thing for myself, because I wanted to feel the spark of possibility again. I wanted my creative process to feel like exploration and play. I wanted to do work that matters, and feel alive after a lost decade of digital deadness. And lo and behold, it works. The Arena does all of that and more, and I'm so excited to start inviting other creatives to experience it with me, and come alive themselves.

What Is The Arena?

The Arena is a one-week online experience—not a course—in which you get together with a group of creative peers, and everybody focuses on something that makes them come alive. It's fun, it's communal, and it brings serendipity and joy back to the creative process. And despite the fun exterior, it's also meaningful work.

In case you were wondering, the name "The Arena" comes from the famous Teddy Roosevelt speech.

It is not the critic who counts; not the man who points out how the strong man stumbles, or where the doer of deeds could have done them better. The credit belongs to the man who is actually in the arena, whose face is marred by dust and sweat and blood; who strives valiantly; who errs, who comes short again and again, because there is no effort without error and shortcoming; but who does actually strive to do the deeds; who knows great enthusiasms, the great devotions; who spends himself in a worthy cause; who at the best knows in the end the triumph of high achievement, and who at the worst, if he fails, at least fails while daring greatly, so that his place shall never be with those cold and timid souls who neither know victory nor defeat. - Teddy Roosevelt

Fundamentally, The Arena is about stepping beyond the confines of your comfort zone. Steven Pressfield says that the more important a creative task or project is to our soul's evolution, the more Resistance will show up. When we "step into The Arena," we courageously go to those places. We put our inner and outer critics aside, confront the Resistance, and dance with it.

But The Arena isn't meant to be brutal or scary or demoralizing. It's not about going to war with yourself. Quite the opposite. We do this work in a safe, private container, away from the prying eyes of the public. We do it as a community of supportive, encouraging peers. And most importantly, we prioritize aliveness and joy throughout the week. We make the choice to enjoy our work and trust ourselves.

It's this combination of danger and safety, seriousness and play, solo adventure and community, that makes The Arena so compelling. And it's this fluid way of being that begins to bring both you, and your work, to life.

Is this an online course?

Absolutely fucking not. The Arena is self-directed, and there is zero educational content to consume. Instead, The Arena is an experience meant to help you create work that's alive to you, and shift into being the authority in your own creative journey, instead of relying on internet experts for answers.

How does The Arena work?

During the opening ceremony, I will lead us through a ritual, and you will set a creative intention for the week ahead. Throughout the week, you will work on your intention, and use the community to share how it's going, and bond with your creatively alive peers. And then we'll all celebrate and integrate together in the closing ceremony.

How much time will this take?

The opening and closing ceremonies will be around 45 minutes. Those are the only things that'll take a fixed amount of time.

Other than that, you can spend as much or as little time in The Arena as you want. Some people put 10 minutes a day into their creative intention, while others put an hour or three into it.

When is the first round of The Arena starting? When are the calls?

The opening and closing ceremony calls are scheduled for 12pm pacific on the 14th and 21st, and if you can't make it live there will be recordings.

I can't make the first round. When will the next round(s) be?

The good news is, I plan on doing public versions of The Arena for many years to come. So there will be many more opportunities to join.

The bad news is, I'm still figuring out wtf is going on, and how much energy/time this is going to take, and how to systematize all of this. So I can't give a firm date for the next round, or how often I'll be doing it. I just don't know yet.

Wait, is this just for writers?

Nope, this is for any human who does anything even remotely creative.

So far, I've spent my time in The Arena writing, podcasting, making guitar videos, and building a workshop. Others have used it for drawing, journaling, creating new websites, and writing twitter threads. In the future, I plan to use this process for writing poetry, dancing, writing fiction, making films, and anything else my heart dreams up.

Point being, you can do whatever the hell you want in The Arena. The only guideline is you must listen to your heart, even if it leads you away from your comfort zone (and it probably will lol).

How much does it cost?

I loved The Arena. To kick things off, Rob led us through an exercise that ended up shifting my entire mindset around why I was there and what I wanted to work on. I got more connected with my authentic self, and was able to gently put away the part of myself that always wants to do things “how they should be done.” Rob helped me feel more in tune with my natural instincts, which in turn made me more creative, which then led to better work. I was really happy with the work I produced during my time in The Arena. I was also able to carry what I learned into my work going forward, so it wasn’t just a one day insight or anything. My experience stuck with me. I plan to keep taking workshops with Rob, and will definitely join the next round of The Arena when it becomes available!

-Rebecca Madison (follow her on twitter and substack)
I didn't know what to expect going into The Arena but it was incredibly helpful. Rob creates a space and energy that just seems to unlock creative intensity. His prompts helped me get clear on what project was most alive for me during the week. This focus and the live feedback from the other participants created a momentum that helped me overcome resistance in real-time. I strongly recommend The Arena for anyone wanting to unlock a burst of creativity and progress.

-Sam Sager (check out his twitter and substack too!)
The short and sweet nature of just one week in the Arena had the effect of emboldening me. Like I could do something big or small, and I had the spirit of this group behind me, even though our intentions were massively different. Also, my surprising favourite part was asking questions and supporting others with what they shared!

The Arena - A Primer 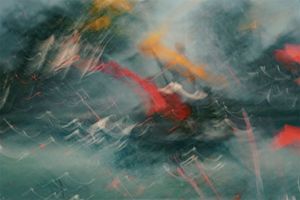 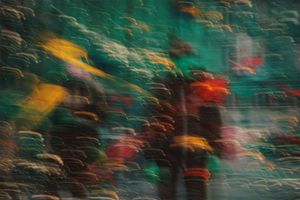