On discovering an abundant new source of courage in a world that desperately needs it.
Community Mindset Courage

I just got back from a week-long retreat in the woods of northern Vermont. Buried beneath two and a half feet of fresh snow, I, along with the residents and guests at the Monastic Academy, meditated, chanted, and worked through a variety of emotional processing frameworks. And we did it all together. As a community.

Going into this trip, I considered myself somewhat of an expert in community. I’ve studied it for years, created communities of my own, and been a member of some great ones. But what I experienced in Vermont was different. The love and support the residents of MAPLE radiate towards one another, and towards their guests, is incredible. The resulting community was so much richer and deeper and more vital than any I've ever experienced.

It's like when you're used to seeing something in 2D, then you experience it in 3D for the first time. After my visit to MAPLE, it feels like I'm waking up to new possibilities for what can happen in a community. One of those possibilities has to do with courage, and how we can cultivate more of it.

On the first morning of the retreat, we all sat in the zendo and shared our intentions for the week ahead. I stood up and declared that my intention was to do as many scary things as possible. I wanted to dive into the unknown, and trust that my fear would be a worthwhile compass for navigating it.

And that's exactly what happened.

Going in, I felt deep resistance to doing somatic emotional work. Turns out, I like to intellectualize my emotions instead of feeling them. But I did it.

I felt paralyzed and self-conscious about my first foray into ecstatic dance. For some reason, shedding my inhibition and moving my body wildly scares the crap out of me. But I did it.

I was nervous about playing guitar and singing in a hall full of people. My singing voice isn't very good. But I did it.

And man, I was terrified before jumping into a frozen pond on a frigid Vermont morning. But I did it.

And that list goes on and on. Truly, 80% of what I did on this retreat was outside of my comfort zone.

But here’s the most important thing. Every time I was on the verge of something scary or uncomfortable, I felt that instinctual urge to run, to hide, to revert to my comfortable status quo. But each time, there was someone in the community to encourage me, and to give me the gentle, loving nudge I needed to step into the arena. The community was always there for me, like a reliable pit crew to top off my courage tank. It felt like a cheat code for doing scary shit.

Point being, it's so much easier to step into unknown, uncomfortable circumstances when you've got fellow travelers by your side, and when those people genuinely care about you. When you're part of a community, your capacity for courage goes through the roof.

At the end of the retreat, something intriguing happened.

As I was tearfully saying goodbye to new friends, person after person told me they admired how courageously I'd shown up on the retreat. Several even said I had inspired them to step into more uncomfortable territory themselves. Which blew me away.

Frankly, I didn't feel particularly courageous throughout the week. I felt like I'd been playing on easy mode for leaning on the community so much. So I was skeptical at first. When one person tells you something that doesn't align with your self narrative, it's easy to write it off, or rationalize it away. But when seven people say the same thing, you can't help but believe them.

It's true that immersing myself in this community helped me overcome a ton of resistance and fear. It got me out of my head in a way that wouldn't have been possible were I by myself. But it's also true that in a community like this, your behavior will always have downstream, emergent effects on other people. Because you never know who's watching, or how they'll respond.

And that's how you end up with a beautiful, symbiotic, courage-cultivating community like the one I experienced at the Monastic Academy. I witnessed firsthand how, under the right circumstances, courage can grow exponentially. I was encouraged by others, they were encouraged by me, and together we were all capable of so much more than if we'd been going it alone.

For years, I thought courage was something you had to develop for yourself, within the confines of your own psyche. But after this retreat, I believe that's a bit like trying to ski with one leg. Sure, you can do it, but it'll be awkward, with a high failure rate when the terrain gets bumpy. Adding community into the mix gives you a base of stability and safety, and a support system that keeps you grounded in the face of emotional turbulence. Community makes it easier to leap into the unknown, and to stay the course. And when you take those leaps within a community, you never know who you'll inspire, and how the gift of courage will be passed along to someone else who needs it.

Ungated may seem like yet another marketing and business website. But what we're doing here requires courage. Boatloads of it.

The vision here is for us all to do the creative work only we can do, and ditch the best practices that make the online marketing landscape so insufferable. It's to build businesses that are a reflection of our individuality and values. To each carve our own path, and live in a way that feels meaningful and joyous. Expand that vision out to more creators over the next ten years, and you end up not just with happier humans, but an internet that’s so much more vibrant and diverse than what we currently have.

Which all sounds nice in theory. But in practice, it's fucking scary to deviate from the herd and ignore best practices. It’s surprisingly difficult to create something no one else but you could. It requires deep self-trust, along with a leap of faith into an uncertain world. You have to trust that your intuition and curiosity will lead you somewhere worthwhile, and that the world will reward you for following them. Choosing to embrace that uncertainty, day after day, requires genuine courage.

I suspect this is at the heart of why the internet has come to feel so boring, and why so much digital content and marketing looks the same. Because deep down, we all want to feel safe, and to know we'll be okay. Best practices, much as we might dislike them, offer a genuine sense of certainty and comfort in a chaotic world. Best practices tug on our collective insecurities and draw us into their warm embrace. And the more people get sucked in, the more difficult it becomes to resist the gravitational pull.

The end result is a tepid, stale internet, where everyone’s doing the same safe things, but no one’s particularly happy about it. Because beneath that surface level sense of safety, we all have an intuitive knowing that we’re capable of more. Each of us has unique, individuated work within us. And we can all sense it. But until we cultivate connection with ourselves, and find the courage to leap into the unknown, the status quo will remain in place.

My hunch, and the hypothesis I'll be exploring going forward, is that community is the key that will help more of us step into courage. I don't know if I can replicate what I experienced at the Monastic Academy online. But dammit, I'm going to try.

Cultivating a community of courage

My new approach to community

The Quest for Community 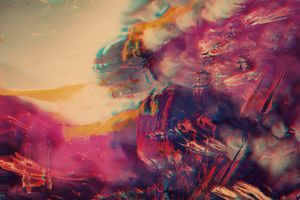 You don't have to scale your business 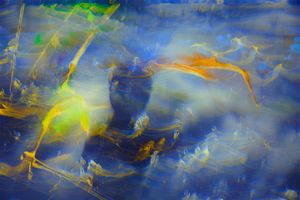