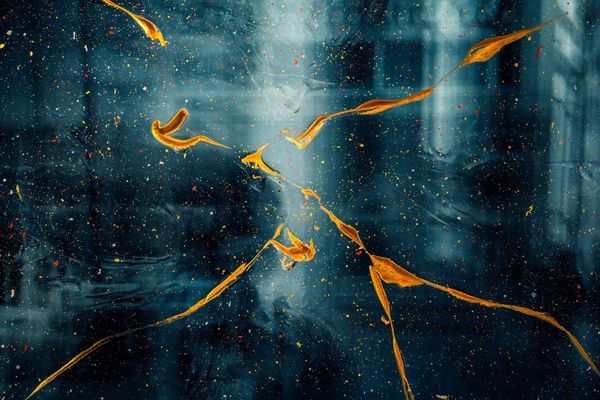 for the last three months, i've been experimenting with writing in all lowercase.

first on twitter. then in my private writing. and now here in public. and lemme tell you, this seemingly small, inconsequential thing is blowing my mind. it's no stretch to say this has meaningfully changed my life.

a little context before we embark on this journey.

i'm what you might call "tightly wound." i've lived most of my adult life in a perpetual state of overthinking. and it's afflicted every area of my existence—from relationships to business, and from fitness to finances and beyond.

in the realm of creative work, my perfectionism leaves a trail of terror in its wake. for starters, i rarely experience flow or ease. when i sit down to write, there's a constant hum of judgement and second guessing in the background—making the process feel choppy and tenuous. and that judge-y voice only gets louder the closer i get to publishing. this probably explains why i have dozens, if not hundreds, of essays and projects that are 80% finished, but never made it across the finish line. the noise in my head got too loud, so i gave up.

this has been my modus operandi for years, and frankly i'm fucking sick of it. my best creative work is still locked inside me. i have so much to say, along with a sense that it's important for me to say it. so i've been experimenting with tools to help me get out of my head, and out of my own way.

the early days (or how i became a twitter shitposter)

i first noticed the lowercase thing on twitter. it's quite trendy in the "friendly ambitious nerd" and "web3" spaces, as well as a few other corners of bird app i frequent.

at first, it annoyed the shit out of me. it felt like nothing more than a nihilistic status signal—a way to say "hey everyone, look how little i care. i'm soooooooo cool." for months, i wrote it off. but a few different friends told me writing this way afforded them a sense of freedom. that they felt less inhibited and more creative. like they could just be themselves and have fun. despite my skepticism, i was intrigued enough to give it a shot.

and boy, the first few days were awkward as hell. not only did i have to override the muscle memory of holding down the shift key, but i had to ignore that part of my brain telling me i was wrong for doing so.

but around day four, something clicked.

tweets started flowing forth from my fingertips with unprecedented ease. my personality and weirdness started shining through with startling clarity. and most surprising of all, i—the tightly-wound overthinker—started having... fun.

and the more i leaned into it, the better things got. i tweeted more, made more friends, and picked up new followers. writing in all lowercase felt like a magical cheat code for making the most of the platform.

but little did i know, twitter was just the tip of the iceberg.

on the therapeutic value of writing lowercase in private

i've always been a fairly prolific writer in private.

for one, i love to journal in a stream of consciousness style (aka freewriting). it's one of the best tools i know for exploring the depths of my psyche and working through the various questions in my life.

i'm also a frequent maker of mind maps. every course i create for ungated starts as a detailed mind map. as do many of my long form essays. it's my preferred method of brainstorming new ideas and imposing structure on them.

but like the rest of my writing, i'd always done my freewriting and mind-mapping with proper capitalization and punctuation. that is, until the last few months. and the results have been remarkable. not only has it helped me unlock new ideas, but it's doubled, maybe even tripled, my output of raw material. no joke.

prior to this experiment, i was writing an average of 300-500 words in my daily note in obsidian (this is where i do my journaling). but since i've injected lowercase into the mix, i'm reliably pumping out 1000 words a day in my journal alone. and some days, it's substantially more.

freewriting is a therapeutic activity for me. it's like there's a buildup of emotional sludge in my system, and freewriting helps me open a valve to clear it all out. with the words out of my head, i always feel lighter and better. and when i freewrite in lowercase, there's not only more output, but it's more real and honest.

and this doesn't even touch on the business and creative value of freewriting. sure, most of what i write in my daily note is gibberish. but buried beneath those mountains of nonsense are nuggets of gold. without fail, my freewriting usually contains insights into business problems i'm working through, along with the seeds for new essays, courses, marketing campaigns, etc.

oh, and as for mind-mapping, when i do it lowercase, is just smoother and more fun. that's another win for lowercase.

a cheat code for emotional connection

i've come to realize that as a solo creator, i'm not in the content creation business. i'm in the emotional connection business.

my livelihood depends on my ability to connect with people—through writing, podcasts, videos, zoom calls, etc. without the ability to make people feel something desirable and feel connected to me, the work i put into the world is a commodity. i'm just another internet dude bro teaching marketing.

i bring this up because this lowercase experiment is yielding unexpected and profound results in this area. so let's take a trip to example town.

two weeks ago, i was struggling to send out an important email. every time i sat down to write it in my traditional uppercase style, it felt stilted and stiff. i couldn't find the words. one morning, as i was freewriting in my daily journal, i said "fuck it, i'm gonna try writing this thing in lowercase." as if by magic, the right words just flowed out of me, and within two hours i'd sent it.

if you're curious, the email was about how a core part of me—my old identity as a filmmaker—had died over the past 18 months, and how i'd been going through a messy process of discovery and rebirth. it was the most raw and vulnerable thing i've ever sent to my list, and it was pure lowercase, subject line and all.

the flood of heartfelt replies i got after sending that email was overwhelming. we're talking upwards of 100 replies—many of which were 300+ words of people sharing their own personal stories of transformation in the wake of the pandemic. it was remarkable.

i've been in the email marketing game for a long time. but i don't think i've ever struck a nerve quite like i did with that email. and i doubt it would have been possible without lowercase.

writing that way got me out of my head, and helped me describe my emotional experience in a vivid and visceral way. it helped me step out of an old persona—that of "intelligent, well spoken marketing guy"—and just be myself. writing in lowercase allowed the real shit to come out, which led directly to the emotional connection i'm always striving for. no tricks. no hacks. no strategy. just piping the messy reality of my emotional life directly into the veins of my audience.

i don't know about you, but this is revelatory for me. almost every creator i know follows some set of "best practices" with their content and their marketing. and those best practices, while not exactly wrong, serve to stifle our uniqueness and file off the edges of our personality. they lead us away from vulnerability into the comforting arms of mediocrity. in other words, so much of the marketing advice we unquestioningly follow leads us in the exact opposite direction of emotional connection.

as someone who's been following best practices religiously, and urging others to do the same, for the better part of six years, that's a tough pill to swallow. but this experiment with lowercase has opened my eyes.

emotional connection is about vulnerability. full stop. it's about sharing what's real, instead of what's easy or safe. it's about telling people what's really going on in your internal and external world, instead of putting up a fake facade so that people perceive you a certain way.

and writing in lowercase, it turns out, is uniquely suited to making that happen.

why the hell is this so powerful?

ok, so let's recap everything this experiment has unearthed so far.

what the hell is going on here? why would this small change have such an outsized impact? here's my theory.

as we move through the early years of our lives and into adulthood, our institutions push us towards conformity. it's one of the foundations of industrial society.

in school, we're taught what to think instead of how to think. we learn the correct ways of writing and communicating, and are often chastised for going off script and doing things our own way. eventually, we learn that fitting in is the path of least resistance. we learn that expressing ourselves fully is dangerous.

these pressures further mount as we enter the workforce, where our bosses and managers expect professional communication and appearance. our livelihood depends on it. it's creative death by a thousand cuts, the result of a complex social and economic system working tirelessly to mold us into the perfect employees—replaceable cogs in a giant industrial machine.

my contention is that all of those authority figures and their rules and expectations stay rooted in our psyche, even if we're not traditionally employed. when you're writing with capitals and punctuation, you're unconsciously playing by the rules of polite society. you're pleasing your third grade teacher, your college professor, your boss.

writing in lowercase, therefore, feels like a blatant middle finger to those decades of conditioning. it's like saying "i refuse to be a cog in your machine anymore. i'm my own person, and i don't need your approval." and just like that, the chorus of old voices in your head—the teachers, parents, bosses, etc—loses its authority. you now have permission to express yourself fully. and boy is it cathartic.

i have no idea if this little theory is true. but it sure feels true. and it feels like an important story for us to start telling ourselves.

if you, like me, yearn to do creative work that matters, work that's courageous and congruent with your deepest sense of self, then you'll also have to find ways to notice the conditioning of industrial society and leave it behind. the world that's replacing industrial society won't reward conformity and cog mentality. it'll reward those who've undertaken the process of individuation, who discover and develop their unique gifts and share them with the world.

i don't know if writing in lowercase will catapult you in that direction, as it has for me. perhaps you'll need a different set of tools. but hey, it's worth giving the lowercase thing a shot. maybe you'll be able to tap into the same magic that's been captivating me. 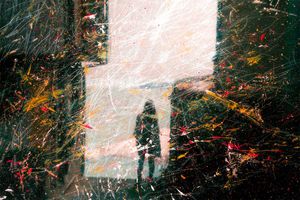 A letter from future Rob 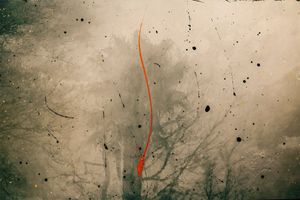