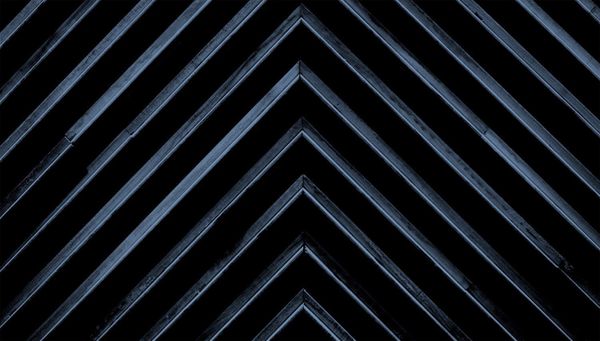 A story about how creative work spreads, and how a little bit of systems thinking can help us stand out in a noisy world.

Your creative work doesn’t live in a vacuum. It exists inside a set of living, breathing systems.

Often, these systems hinder your marketing efforts. In case you hadn’t noticed, it’s damn hard to stand out and get people to care.

Other times, however, the puzzle pieces fit together in ways that are unexpected and delightful. Your work spreads organically, and connects deeply. It feels like magic.

Though there’s no formula for creating resonance with an audience, a little bit of systems thinking can help you thumb the scales in favor of serendipity.

In systems theory, emergence is when a system’s output is greater than the sum of its parts. It’s when novel, spontaneous order emerges from chaos.

One ant on its own is measly, weak, easily defeated. But 10,000 ants, acting as one, can build bridges and move earth.

Every human is but a collection of cells and hormones and blood and bones. Yet somehow, each of us are so, so much more than that.

As creators and marketers, it’s important to understand that our work—and our efforts to amplify it—all live within a similar dynamic. Every creative business is a system composed of smaller parts, all of which hopefully work together to produce an ongoing stream of happy customers.

To make matters more complex, our business systems interact with, and rely upon, an expansive network of external systems. The internet itself is one such system. As is every niche, platform, market, and individual community.

When a piece of work goes viral, we’re seeing emergence at work. When someone becomes a “true fan” of your art, that too is a form of emergence. Think of all the individual puzzle pieces that must fall into place for your work to find and resonate with the right person, at the right time. It’s a miracle when you stop to think about it.

The question, then, is how can we tip these scales in our favor? How can we create a bit more emergence in our creative businesses?

Thinking in terms of systems and emergence isn’t particularly helpful on its own. It feels abstract, and impossible to know where to start.

So let’s take a step back.

When it comes to marketing and sales, there's substantial value in observing your own behavior. To practice a bit of self-awareness.

Often, there's an opportunity not just to learn about yourself, but about the people you’re hoping to attract and serve.

In these moments of self-observation, you can spot patterns, insights, and clues that'd be much harder to find were you looking in the wild.

Here’s an example from my recent past.

I recently bought—not rented, nor streamed on Netflix, but outright purchased—a movie I'd never seen. Unlike most of the films I buy, this one was from a filmmaker I'd never heard of. And to top it off, the film's in a language I don't speak.

This isn’t typical behavior for me. It’s an anomaly.

The story of how I came to make this purchase is the clearest example I’ve found of emergence playing out in a marketing context.

In fact, if you pay close attention, you’ll notice a few important clues for how to get people to actually care about your own creative work, and stand out in this noisy, chaotic world of ours.

The film is called The Lives Of Others.

Now, I could wax poetic about the superb writing, acting, or any aspect of its craft. It truly is a masterful piece of filmmaking. Take a gander at the trailer.

But none of that had any bearing on why I purchased the film.

Instead, I want to share the complex web of circumstances that brought this gem of a film to my attention, and how it was framed for me.

In July of 2020, there was a rather notorious open letter in Harper's Magazine in defense of open inquiry and debate.

I'm not a particularly political guy, but this is one of those issues I care deeply about.

I believe, with every fiber of my being, in respectful pluralism, and in the collective pursuit of truth, not dogma.

I believe we face daunting challenges as a nation and as a species, and the best way to solve them is not through tribal warfare, nor through silencing our opponents, but through open-minded and open-hearted dialogue.

Anyhow, that letter generated quite a bit of controversy.

There were twitter flare ups, angry editorials, and all sorts of stupid internet drama. Hell, there was even an open letter against the open letter.

The funny thing is, this was a one of those events that maybe 98% of the population didn't even notice, let alone care about. But for me, and a few particular subcultures online, it was all-consuming for a few days. It owned my attention.

Our story of emergence now has an inciting incident.

Later in the week, Tim Ferriss—the popular podcaster and author—sent out his Friday newsletter, in which he recommends interesting, random stuff.

This particular afternoon, he mentioned the Harper's Letter.

He mentioned that he, too, was deeply concerned about creeping cultural censoriousness, and the rapid narrowing of acceptable discourse.

It was clear that he and I had shared values—a unifying belief system—and that I could trust him. He’d sent out the “bat signal” for others who trend classically liberal.

Then, after sharing his worries about the totalitarian impulses sweeping through our institutions, he threw this in at the end:

"For a cinematic exploration of what this can look like (and has looked like), watch The Lives of Others, one of my favorite films."

Within a minute, I'd jumped into iTunes (or AppleTV or whatever the hell it's called now) and bought the film for $13. There was no hesitation. No “well, I should read some reviews first.”

‍The purchase itself was instinctual, primal, and satisfying.

I watched it that night, with bated breath, and it was indeed a phenomenal film.

It had everything. A totalitarian, authoritarian regime. An artist risking everything for his liberal ideals. An antagonist who has a change of heart and does something heroic. And plenty of heart-wrenching drama.

Truly, there could have been no better story for me at that particular moment in time.

And in retrospect, a big part of why the film resonated  is because it was framed by an emotionally charged event and a set of values I believe in.

Had I found it in another context, I doubt I would have noticed, let alone bought it on pure impulse. But in that context, at that moment, it pulled me in.

It got me thinking. What would it take for people to feel this way about my work? What steps can I take to create that same level of urgency and resonance?

In a practical sense, there are a few crunchy takeaways from this story that you can apply to your own creative business.

Those four elements, working in tandem, made this one of the easiest, and best, movie purchases I've made in a long time.

But the rabbit hole goes even deeper. The "marketing emergence" here is bigger than just me—and other readers of Tim’s newsletter—buying the film. Because here I am now, keeping the cycle going.

In this article, I made an explicit statement about where my values are. I put out my own “bat signal” for those who value freedom of expression, and who are striving to build a culture of respectful pluralism.

I did that in an effort to frame this film in the same light, before recommending it wholeheartedly to you—and the thousands of people who read this publication.

Why? Because I care about these ideas. Because I believe in the power of stories to win hearts and minds. Because it's a damn fine film that deserves to be seen more.

And perhaps one of you will purchase the film, connect with it, and keep the cycle going with your own audience.

There’s no predicting what’ll happen next. And that’s emergence in a nutshell. All I know is that I’ve helped thumb the scales in the right direction.

That, my friend, is how you throw gas on the fire of "word of mouth" marketing, and create these delightful downstream effects. By tapping into what people care about. That’s the secret sauce of creating emergence in human systems.

When you speak to the emotional core of what a person, or group, believes in, all sorts of amazing, unexpected things can stem from that place—things that you, as a creator and marketer, could never plan.

As an Ungated member, you can always jump directly into the community discussion for this article by clicking this magic link.  If you're not a member yet, learn more here. 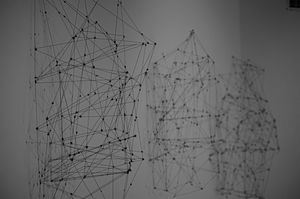 My Business Plan for Ungated 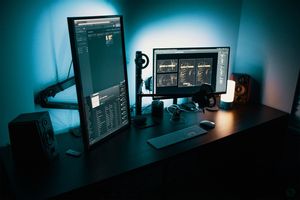