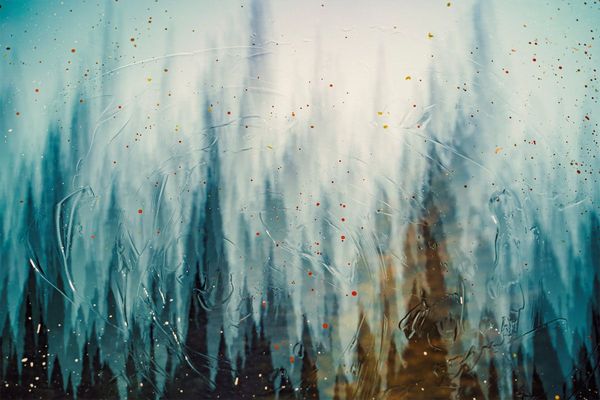 Why I Moved from Webflow to Ghost

In which my wild ride with membership websites comes to its dramatic conclusion.

I never expected the process of finding the right tools for my business to be so… dramatic. 😅

But here we are, a full year after initially conceiving of Ungated, and I’ve used damn near every membership tool on the market. And strangely enough, I’ve landed right back where I started—Ghost Pro.

Now, you might recall that last year, I was bullish on Webflow. I even wrote a 4000+ word article on how I got to that decision, and why it was the “best” choice for the business I wanted to build.

That article provides a lot of great context for this one, but if you’re short on time, here’s the TLDR:

All of these tools do the basic job well enough. Beyond that, they all have numerous pros and cons. So which one you choose has more to do with your values and priorities than anything else.

When I initially settled on Webflow, my top priority was choosing the most powerful, flexible set of tools. I wanted to build my business on software that wouldn’t limit me, and would enable my vision to expand over time, no matter how ambitious.

For that particular set of priorities, Webflow and Memberstack were undoubtedly the best choice.

But in the back of my mind, there was always a nagging discomfort about this stack. Partly because I never enjoyed publishing in Webflow (it’s super clunky and unpleasant). But I also had a sneaking suspicion that my tools weren’t actually helping me build the business I wanted.

Turns out, that voice was on to something big.

“Hi, I’m Rob, and I’m addicted to over-complicating my business”

In December of 2020, I had what you might call an “oh fuck” moment. Long story short, I realized I’m a serial over-complicator of business.

Since 2016, I’ve been using complexity—with my tools, my content, my funnels, my products, etc—as an elaborate way to feel productive and smart, when in reality, I was just avoiding the real, vulnerable work of shipping things into the market.

As someone who’s in a perpetual battle with imposter syndrome and self-doubt, complexity became my drug of choice for quieting my inner critic. “Nobody who builds such clever, intricate systems could ever be perceived as a fraud!”

But indeed, this pattern was just an elaborate form of self-deception and self-sabotage.

Needless to say, this sneaky pattern was not good for business. I was able to scratch out a living, but it always felt precarious. I was always “just getting by” instead of thriving. And this pattern of over-complication is a substantial part of the reason for that.

In December 2020, the depth of my self-sabotage came into startling view. When I’d launched Ungated a few months earlier, I’d intended for it to be a simple, straightforward writing business. But over four months, it ballooned in size and scope, evolving into a multi-faceted media company that I could never run well myself.

When I stepped back to look at just how quickly things had gotten out of hand, I couldn’t deny it anymore. I’m a habitual business over-complicator. An addict.

After some vigorous self-reflection and journaling and whatnot, I came to the conclusion that I wouldn’t let this bullshit pattern keep interfering with my dreams.

So I declared that 2021 would be the Year of Radical Simplicity.

The move back to Ghost

Once I made the decision to prioritize simplicity, Ghost was the obvious choice for where my business should live.

It strikes that perfect balance of simplicity and delight, while still being powerful and flexible enough for experienced marketers—the Zapier integration goes a long way.

But for me, the biggest selling point was that it’s impossible to tinker with unless you’re deep into code. Once it’s set up, all you can really do in Ghost is write new posts. And frankly, that’s just what I need.

Ungated will live or die based on whether I consistently ship delightful new work out into the world. The fewer places I have to hide from this reality, the better.

With Webflow, every time I opened it, I was tempted by all the shiny tools. “I’ll just make this one tweak to my design,” I’d think to myself. Then three hours later, I’d still be deep in the weeds with it, pushing my real work ever further away.

For a recovering perfectionist and serial over-complicator like myself, Webflow was bad news bears. It’s like making a recovering alcoholic live in a frat house. We’re all products of our environment to a certain degree, and Webflow brought out the exact patterns I need to quash if I want to grow as a person and entrepreneur.

So, right before Christmas, I migrated over to Ghost. Where I’ve happily living ever since. Well, mostly.

A few words about self hosting on Ghost

Ghost Pro is a tad pricey. Even with the cheaper starter plan they released, you’re still looking at roughly $100/year for basic functionality, and $350/year if you want a custom theme. And that’s if you’re under 1,000 members.

Personally, I’m hoping to have several thousand members by year’s end. So their base prices are certainly going to be higher for me.

That’s why I decided to initially self-host Ungated. I paid someone to set it up for me—installing Ghost on Digital Ocean and integrating Mailgun and everything. Instead of $29/month, I was paying $5. It made me feel super smart.

But here’s something I learned the hard way. Apparently Digital Ocean and Ghost don’t play well together. Over the course of several months, my site went down without warning no fewer than five times. Often it would happen in the middle of the night, so my site would be down for hours at a time before I could restart the droplet and fix it. This happened both with Ungated, and with my side project, Citizen Within, which is also self-hosted.

And I’m not the only one. My friend Marco North launched a rad new Ghost site to host his writing. He initially self-hosted as well (on my recommendation), and ran into similar problems right as he was trying to launch to his followers. He switched to Ghost Pro soon thereafter.

(Btw, Marco is one of the most talented artists I’ve ever met. His writing, music, and film are all phenomenal, and you should check him out.)

So here’s the deal. Saving money is cool and all, but this nonsense pulled my energy away from my creative work and made me perpetually anxious about my website. And for me, that’s flat out unacceptable.

And so, in late March, I happily plunked down $350 and migrated my site to Ghost’s official hosting. When my prices go up because I have more members, I’m going to be happy as a clam about it. I’m in the “shut up and take my money” phase with Ghost now, and that’s just fine, because it aligns with the core value of radical simplicity.

Oh, and from here on out, no more big technology changes. This type of stuff, fun as it is to write about, is yet another distraction from the real work. 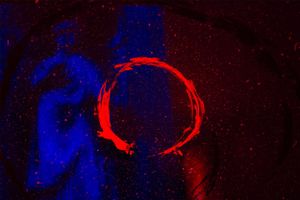 What the hell is a niche? 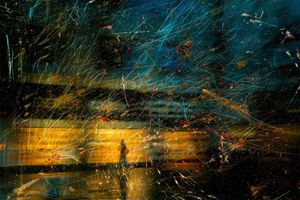